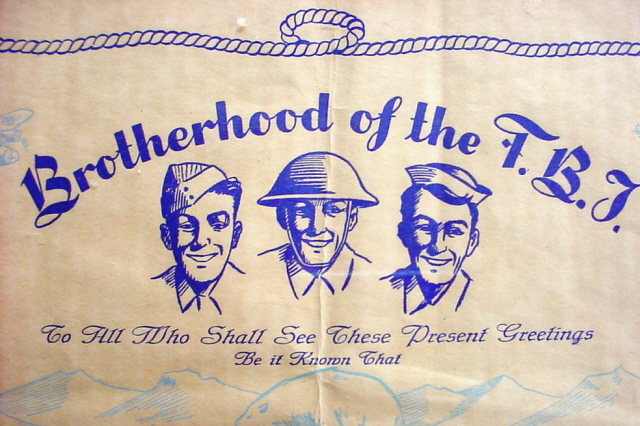 This site is  forum for my hobby which is to collect and keep a war souvenir from World War II-related Iceland. It is determined to bring this collection of my to public Museum one day. F.B.I. name of this page is thus established that the soldiers found them to be forgotten in Iceland. Became the unofficial associations The Brotherhood of the F.B.I. which was just fine to say at the time of the Forgotten Bastards of Iceland. The group stood for various kinds of issue for their own benefit and fun, for example, souvenirs like those below. The Began of this around 1942-43. 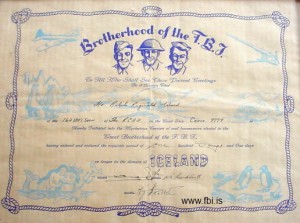 “SHEAF, December 6, (1944)  One of the hottest outfits now in action is the Fifth Infantry Division, which used to refer to itself, a little ruefully, as the “FBI.”  The letters didn’t stand for J. Edgar Hoover’s bureau, but for the Forgotten Bastards of Iceland.  The men who once patrolled the icy, bleak waters in the North Atlantic and unloaded ships, wondering when they’d get into the war, yesterday reeled off nearly five miles on a broad front inside Germany and today were a grenade’s throw from the Saar.  The saga of the Fifth – which with the 95th Infantry Division took Metz two weeks ago – is the story of a great comeback in the Frank Merriwell tradition.

A World War I outfit, the Fifth was the first U.S. division to go overseas in World War II, landing in Iceland in late 1941, before Pearl Harbor.

The next two years, say the Fifth doughboys, they’d rather forget two years when the work was dull, when there were all too few guns to train with and no place to train properly; two years when morale sank low.

Sitting in Iceland, the Fifth wondered what the hell kind of war it was as the North Africa, Sicily and Italy campaigns found them still inactive.  Some men amused themselves by issuing each other certificates, signifying their membership in the “FBI.”  Sailing orders finally arrived the summer of ’43.  When they landed in England some of the men kissed the green soil.  Others, marveling, murmured “Gee, trees.”

New morale came with new guns and new vehicles.  Maj. Gen. S. Leroy Irwin taught the Fifth to travel faster than armor.  Moved to Northern Ireland, the Fifth missed D-Day, but less than a month later sailed from Belfast.  And it has never stopped since.  The Fifth spearheaded the Third Army drive across France, sweeping 700 miles and traveling sometimes 70 miles a day.  Two days ago the Fifth crossed the German boarder – a mighty long way from Iceland.”

Printed in England by the Times Publishing Co., Ltd 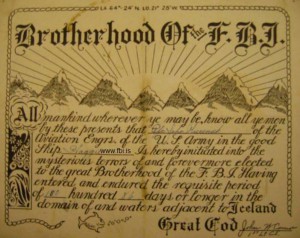 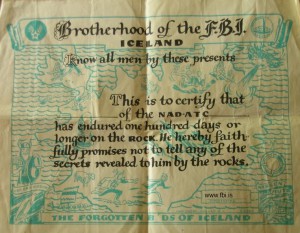 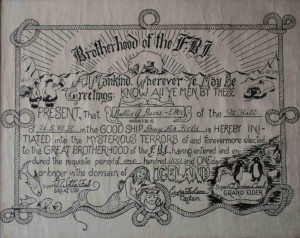 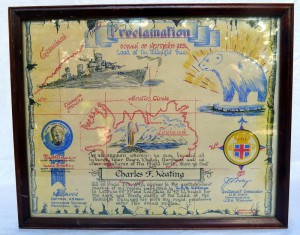 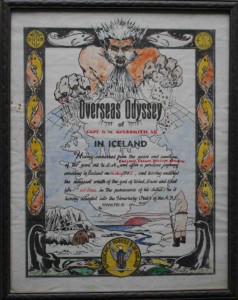 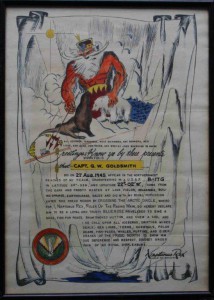